AllThingsCharmed.com
Feb 16, 2016 Jewellery Guide Comments Off on Jewelry Guide: Amethyst
For centuries, amethyst has been the most treasured member of the quartz family. Its name derives from the Ancient Greek “amethystos” (meaning ‘not to intoxicate’) – a reference to the old belief that amethyst protects the wearer from becoming drunk!

The history of amethyst is fascinating. In ancient Greece it was associated with Dionysus, the god of the grape harvest, and people commonly served wine in amethyst goblets, believing it would protect them from overindulgence. In time, amethyst became known as “the sobriety stone”.

Amethyst is found in irresistible hues ranging from light pinkish violet to deep purple. Its hard, durable quality makes it perfect for use in all types of jewellery.

Amethyst is a purple variety of quartz. Its colour is attributed to irradiation, iron impurities and the presence of trace elements. Amethyst is found in abundance in Brazil and Uruguay, and is also mined in South Korea, Austria, Russia, the United States and South India.

Traditionally, amethyst is believed to have a calming influence and is said to be a good stone for clarity.

It is the birthstone of February and the gemstone of the 6th wedding anniversary. Amethyst is also said to promote sincerity.

A synthetic stone is made in the laboratory but virtually identical (in chemical, optical, and physical characteristics) to its natural counterpart. Unlike natural stones, synthetic stones can be “made to order”.

Synthetic stones have been produced since the 1800s. The two main methods are a melt process (flame fusion) and a solution process. 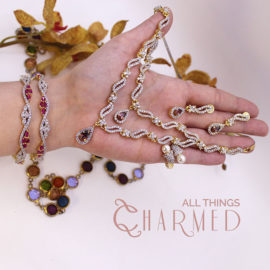 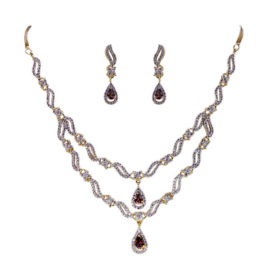 Add to cart
Add to Wishlist
Remove from Wishlist
₹ 1,910