AllThingsCharmed.com
Feb 16, 2016 Jewellery Guide Comments Off on Jewelry Guide: Cultured Freshwater Pearl
Pearls are organic gems, derived from living organisms. Each pearl is unique, and is created inside a mollusc, typically oysters but also, more rarely, mussels and clams. When a foreign object becomes lodged between the mantle – an organ which produces the oyster’s shell – and the shell, the mantle produces a substance called nacre, which lines the inside of the shell, in order to protect itself from the irritant. Over time, the irritant is completely encased in nacre and a pearl is born.

Cultured mabes are grown intentionally, by implanting a flat-bottomed plastic nucleus against the mollusc’s shell, rather than within its tissue. The pearl then develops in a half-spherical form, with a flat back. Once harvested, the blister pearl is cut off the shell, the plastic nucleus removed, and the hollow space filled with resin. The back is covered with mother of pearl.

Unlike freshwater cultured pearls, which consist of nacre throughout, mabe cultured pearls only comprise a thin layer of nacre. A culturing period of eight to twelve months will coat the nuclei with approximately 1mm of nacre. The mabe cultured pearl, or so-called “blister” pearl, has a half-spherical form with a flat back and delicate colour palette.

We can trace our fascination with pearls throughout history. Cleopatra is said to have crushed her pearl earrings and dissolved them in wine, drinking the potion to protect Egypt. Traditionally, only royalty and nobility wore pearls, and knights in the Middle Ages carried them in to battle to protect from harm. The ancient Greeks believed that a pearl was formed when lighting struck the ocean. According to another legend pearls are the tears of angels.

The ancient Greeks believed that pearls kept love alive in marriage and considered an oyster containing a single pearl to be the perfect wedding gift. In the Hindu faith, Krishna discovered the first pearl and gave it to his daughter on her wedding day. In many cultures, the pearl is associated not only with love, but also the moon. In one of the most romantic legends the moon bathes the ocean in its light to attract oysters to the surface so that it can impregnate them with its heavenly dew.

Wear your cultured pearls with care. Keep them away from acids and solvents. Always apply your make-up before you put on your cultured pearls. Avoid ultrasonic cleaning and high temperatures. After wearing (particularly if worn against the skin), wipe pearls with a very soft clean cloth that has been dampened with water. Do not expose dyed freshwater pearls to strong sunlight. 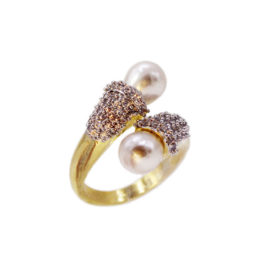 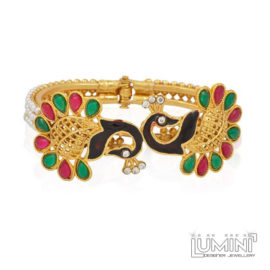 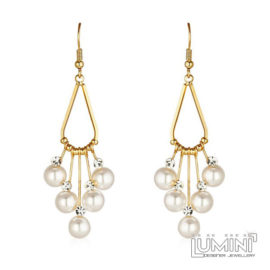 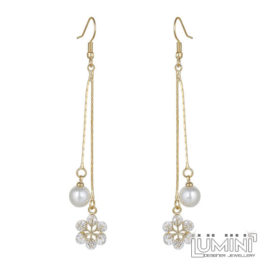 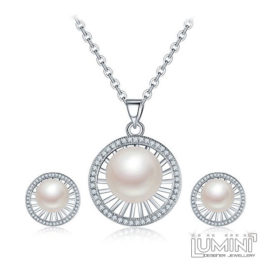 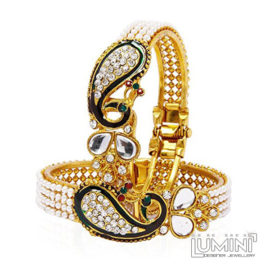 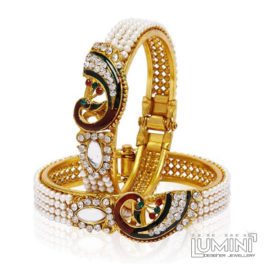 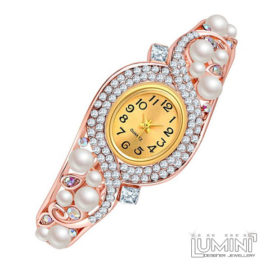 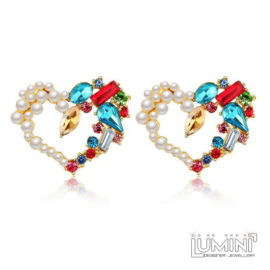 Add to cart
Add to Wishlist
Remove from Wishlist
₹ 225